The music drifted through the bus windows and silenced the passengers. They had been admiring the manicured gardens and grand buildings as they approached the church, a contrast to village constructions they had been travelling through the last few days. As soon as the bus stopped they scurried into the church in a single file to their assigned seating towards the front. 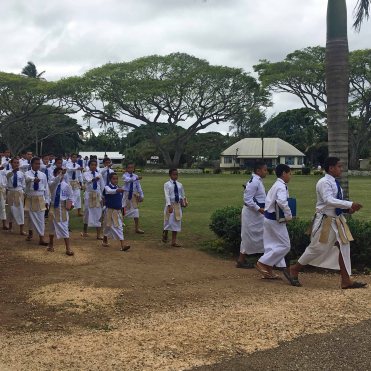 It was only then she allowed herself to relax and scan her surroundings. To her right were almost 1000 school boys dressed in their Sunday traditional white uniform with ocean blue Ta’ovala and sandaled feet. The choir master stood in front of the boys guiding voices and brass band as they offered their Sunday prayers. 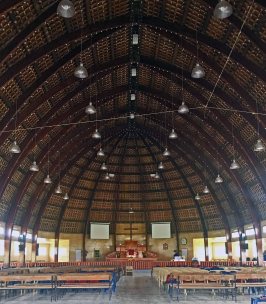 To her left was the fine timber pulpit of orange grains polished and treasured by its congregation. Overhead the curved soft timber struts were covered by a watertight thatching that had absorbed over 150 years of Tongan song and prayer.

She sat motionless. Calmness washed over her, the fine detail of the surroundings fading from view. She closed her eyes and let the music envelope her.

For a time she tried to fight the sensations stirring within her. She curled her toes tightly, her breathing shallow as she struggled to remain composed and professional. Tears started to well in the corner of her eyes, her stomach tossed, her throat burned.

She could hold it no longer. 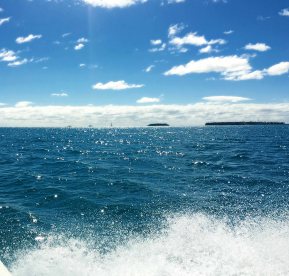 The thousand strong tenor voices blended with the capacious brass melody and percolated into her inner core. The chorus evoked images of coconut trees gently swaying in the ocean breeze, before skipping her over the waves of the azure clear ocean. The chorus and whale song held her spellbound as tears freely flowed unchecked down her burning cheeks. Her skin quivered, her hands trembled.

The song swelled, the brass melody deepened as the majestic polished ebony whales glided through the blue waters in her mind. And then the final crescendo of voice and instrument filled the church to call the regal ocean mammal from the water towards the tropical sky in a final show of splendor as if one in the island Kingdom. 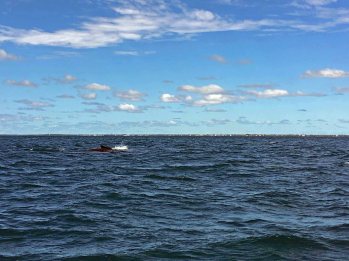 Her emotion showed freely, the power of the song in prayer captivated her. She didn’t need to know the words, the hymn had penetrated her very core.

It had been a long time since she had felt this much at peace with herself.

She had found a new place to re-energise her, to take home with her.

One thought on “Spellbound Sunday”