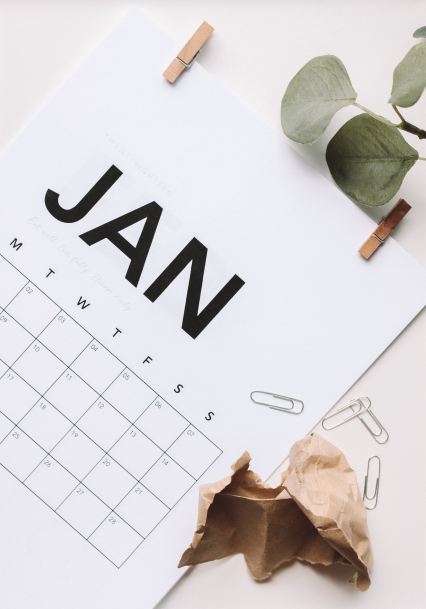 The page stuck to her arm, her body’s sweat natures glue. She had dreaded this summer, yet another hot dry season. It sucked most of her energy, the rest used to try to keep some sort of positive resolve. It will rain again, it will, it will, IT WILL.

Tanks are empty. Her rainwater ran out months ago, her resilience tank ran out of puff last night as the year turned over.

“Happy” she had snarked to herself as she watched the revelers and news updates. Happy-New-Year. yay. pfft. Not around here it wasn’t. The images of smoke and fire across the nation had been haunting her for days. The brown, the dying and the dust across the landscape had been making her despondent for months.

Routines were helpful to keep a positive outlook she had read somewhere, hence she was sitting at her dining room table adding information to her new calendar. Birthdays, reminders, anniversaries and other tid bits of information that slip her aging memory. She had done the same task every New Year Day for decades.

January 6, anniversary of her grandmothers passing…33 years ago. She paused before she wrote it. Did she need to remember this, write it down for another year? What if she didn’t? She should continue to remember this day, shouldn’t she? Out of respect she wrote…

January 13, Tess. Tess whom she hadn’t spoken to for several years. Fun times of drinking, short weekends away, drinking came to mind bringing a bemused curve to her lips. They had lost touch after their children left primary school. Did she need to be reminded of P&C colleague Tess’ birthday?

January 15, Bob and Sue Wedding Anniversary. Her neighbour’s wedding anniversary. Her neighbours who she may wave to once a week when they passed each other on the road. The same ones who she sometimes let know when she was away for more than a few nights, but it wasn’t a formal rule. She didn’t even go to the wedding, so did she need to clutter her calendar with intimate dates about Bob and Sue?

January 21, Sophie. She will be 5. Sophie…who? It took her a moment or five to picture Sophie, born on January 21. Sophie…ahh that’s right. It is her daughter’s best friend first child. She has three now. It was an exciting time, the first friend to have a baby. Sophie had even been to visit when she was a baby. We were excited to have a baby visit for a short time…all of 30 minutes. Did she need to keep a record of Sophie’s birthday on her own calendar?

February 3. David, one her favourite cousin’s birthday. They didn’t see each other often, hardly spoke but it was comforting to know he was always a phone call away. They shared special family memories and she wanted to make sure she remembered his day of birth.

February 9. William, her husband’s nephew. William who she had not actually spoken to for over a decade. Sure, he was a part of their lives as he was growing up and he came over to play with his cousins having sleep overs and sharing family celebrations. She reminded herself that he hadn’t recognised her earlier this year when they were both lifting weights side by side at the gym. Did he need a small space on her calendar?

February 16. Her birthday. As a child it was exciting to write her birthday on a calendar and count the weeks and days to the special day. Exciting to know what day of the week her birthday fell – was it a school day or a weekend? A Monday or a Friday? It made a difference. As she grew older the passing of years made her nervous and panicked. Were the years fleeting past and she wasn’t ticking enough off the imaginary list? Either way, she couldn’t deny it would happen, whether she was ready or not.

3 years since she broke her ankle. Did she need to be reminded of those dark days, immobile and house bound?

When she turned the page to the month of May she paused her annual ritual. Sweat oozed from every pore, dripping over the calendar, sticking her legs to the seat, the pen slipping in her fingers. It was only 10am. This was Summer.

Had that Pope Gregory dude imagined we would be using this same calendar almost 500 years after he invented it? The more she looked through her previous years the more she realised she was holding onto the past. There were more death anniversaries and birthdays of dead people than birthdays of living nearest and dearest.

With an energy she had not felt in weeks she rummaged through the cupboards in the house looking for colours. Pens and markers of bright colours. She had an idea.

After an hour, she was finished. She made herself her a cup of tea and surveyed her work. The tea was soothing and thirst quenching, the achievement exhilarating.

Her calendar for the year ahead was a kaleidoscope of messages to herself. She had replaced the anniversaries of the past with prompts to keep her in a forward motion.

Book a flight to anywhere.

Go for a walk, even if it is cold outside.

Take your mum out for cake and coffee.

Go out for dinner.

Tell someone they look great.

Say “I love you” to someone.

Tell yourself you are awesome.

Tell yourself you are loved.

Tell yourself you are enough. 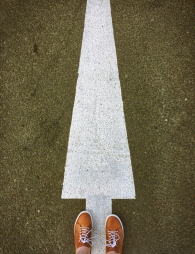 Her mood had lifted with the colour and productive work.

She was ready for whatever the year ahead had to offer.

She was moving forward.